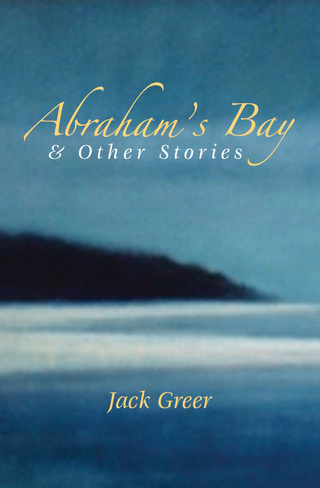 This collection of eleven short stories takes the reader on a journey through the Bahamian Islands, down through the Caribbean and along Central America, then north toward home. The first story, "Starting from Beaufort," launches a young couple toward their adventure, but they soon understand that this won't be as easy as they dreamed. The last story, "Night Sea," finds a woman sailing alone back toward the United States. She's lost her husband during a violent robbery in Puerto Rico, and now navigates toward a new life without him.

Between the first and the last, these stories follow a young boy in the Dominican Republic trapped on his father's ill-conceived sailing venture. They follow an old man as he runs aground off Belize, a young woman who realizes her partner is dealing in cocaine, a couple in their sixties who confront his troubling loss of memory and the threat of pirates off Barbuda (see excerpts from "Souvenir" below).

The title story, set in Abraham's Bay on the island of Mayaguana, details a confrontation between a doctor sailing solo and a local man who challenges his comfortable wealth, his religion, his life.

Throughout these modern sailing stories runs the sea itself, sparkling waves, lush islands, unbroken night skies. "Glorious!" one character cries as she plunges beneath the stars. The triumphs come when these determined sailors make it through.

Cruising World magazine called the collection "a good book," and exhorted its readers to "grab a hot toddy and prepare for the ride." Sailing magazine likened the collection to Conrad. For excerpts of reviews, please see the end of this page.

Excerpts from the story “Souvenir”

She lay in a twilight world of rushing water, wondering whether or not she had fallen asleep, stumbling vaguely from one dream to another. Informing those dreams was the endless, recurring, indomitable hope that Bill was getting better, that the medicine was working, that his memory had improved today, that his up-beat speech and behavior were not superficial, that he really had gotten control of this disease, and was licking it. That he was re-creating himself.

She felt weary tears shoot toward her eyes. What was he thinking now? Last week, on the way to Antigua, he had turned the boat around, somehow convinced that he was supposed to find the reciprocal. But he had been fine for much of the time -- what was it now?

He had gone. She cursed and crawled from behind the lee cloth. A lurching wave knocked her off balance, and she fell headlong against the quarter berth. Bracing both knees against the berth she thrust her arms into the stiff damp cloth of her foul weather jacket, then leaned over the chart table to see whether or not Bill had gotten a fix. He had. A neat X lay halfway between Barbuda and St. Barths, only slightly off their rhumb line. She looked at her watch. He had charted the fix only a half hour ago. Now where was he?

She crawled along the cockpit seat, then raised her head just enough to lift the binoculars over the weather cloths. Nothing. Nothing. Bingo. There was a boat, black shadow, lightless, parallel to their course and probably closing. She couldn't tell what kind of boat it was, a motorboat of some kind, a fishing boat perhaps, except where were its lights?

She remembered reading of pirates off Barbuda.

Where was the flare gun?

She aimed the flashlight at the brilliant mess. There it was in the back, an orange plastic cylinder. She grabbed it. The lid wouldn’t budge. Were those footsteps on the deck, or the jib block banging?

Bill stared with a bewildered look, a look she had not seen on his face until now, of confusion, of fear. A look she knew would begin to take away... everything. Perhaps it would be best to let the pirates board, to let them do their worst — because what could be worse than this?

“Greer delivers his short stories in a way that lets you get to know his salty characters…. These tales aren’t about the jaunty explorer but more about tough, experienced sailors in remote destinations who make choices that often have dangerous consequences. Grab a comforting hot toddy and prepare for the ride.”

“Here is a book of 11 sailing stories for those who dream of taking an old 30-footer deep into the Caribbean. . . . Not all blue skies; more likely stormy weather, haunting as we sail into cold fronts, storms, and hearts of darkness. In Abraham’s Bay & Other Stories the author, Jack Greer, attempts to convey what Conrad, that veteran sea captain and writer says: ‘Above all, I want to make you see.’”

“A new book of short stories, Abraham’s Bay & Other Stories, brings [the] ancient tradition of adventure tales into the 21st century…. [Greer’s] stories reflect the important insight that the dramas here are not so much Man vs. Nature, but man (or woman) in conflict with his or her own inner workings.... Certainly, he is a wonderful storyteller and a poetic, powerful writer. I highly recommend Abraham’s Bay & Other Stories for your reading list.”

“Abraham's Bay & Other Stories is a collection of short stories from Jack Greer set in the south Atlantic as the characters he creates choose the sea in order to find peace in their lives. Giving them unique and entertaining stories, Greer makes a fine collection of short fiction, making Abraham's Bay & Other Stories a top pick for those seeking fiction with an oceanic focus.”

“[Greer] captures both the sense of freedom so many seek sailing off to the islands and the constant anxiety once at sea — sweating equipment failures and tasks not checked off the to-do list before Mother Nature, or circumstances, declared it time to shove off. The stories weave the here-and-now nature of life aboard a sailing craft with moments that draw his character's minds and hearts back home, questioning abandoning the home front or underscoring what they're running from.”

John R. Wennersten, author of The Oyster Wars and other books:

“Jack Greer knows the sailing life from stem to stern. The people in his stories are often in danger or under stress and they show the heroic side of the American character that is often vacant in the ‘new’ American fiction. I would rate this as one of the best books of short stories that I have read in years.”

“[Greer] writes with ease about all things nautical. In this long-gathering collection, he puts you right there in the cramped cockpits of sailboats in situations so dangerous that you feel the edge of panic against which the sailors are struggling. However, these are not the usual sea sagas about how the indomitable human spirit survives against impossible odds; it’s more about the realities imposed by an environment perilous to boats and people.
Sailors and landlubbers alike will enjoy this book. It’s exciting and deserves attention. I expect we will see more of Jack Greer’s writing in years to come.”

“In this collection of delightful and suspenseful short stories, local author Jack Greer spins some enthralling tales…. For an armchair sailing voyage, you’ll want to pick up a copy of Greer’s recently released book.”